In a Foreign Town

In a foreign town it's difficult for a stranger to know you're just tired, not crazy. Especially if, at the moment he meets you, you're nearly naked and snoring loudly in the bottom of his flat-backed canoe. It's four a.m., and he intends right then to set off fishing. The sun is already painting the eastern sky pink over dark peaks of many mountains when he grabs your shoulder and says, Señorita, no puede estar aquí. You say Sí but do not move. And so he says again, Señorita, your person, your body, you must move it. Sí, you respond. He says he will call la policía and you nod. He doesn't know it hasn't been your strong healthy body for weeks, as he does not know many things about you. Some, however, he senses.

He will only hear your story, this man, if he finds you to be crazy. Hear it and indeed call the policía. But that is not what you want. You want him to listen. You want to tell your story until a tear appears in the corner of this tough fisherman's eye, and until he brings one large tin of coffee for the two of you to share, which, eventually, is exactly what happens.

You begin the story in a way you think he'll understand, something of the Latin magic that hangs in the fog about your head this morning. My abuela, you say, es de Argentina. It is a lie, but the old man nods. He knows Argentine women. Your grandmother, however, is not that woman. It was the same day, you continue, that a thousand Red-Winged Blackbirds fell from the sky. Ah, he says, I see. Por su puesto. He leaves to go get the coffee.

You stare at the water as you put on your only sweater and wait for the man to return. All lakes are the same. Picture any you know. Not so small that swimming its length would be comfortable nor so large that one would never try, but of a manageable size, that your legs and shoulders numb with cold water and exhaustion stop moving just seven-eighths the way to the other side. A buzzing white commuter boat in the distance carries twenty passengers and a big brown crate of baby chickens on its roof throws a wake of water that catches your open mouth. You can see that the old man returns with a large tin wrapped in a yellow towel. Runs with them both to the end of the pier. He screams that you are loca and then softens. That the water is cold, he says, that there is no way you can swim to the other side.

As you sit in your only soaking wet sweater and shorts on shore, he does not speak at first but supports the tin's bottom so that you can drink from the top. I'm not crazy, you say. Quizás, says the man. Maybe.

No química, he says, hay azucar, claro, pero no química to indicate that his wife made the coffee from beans in their backyard. Beans simply set out in the sun to dry and then roasted in their tiny wood oven. He shows the height of the oven from the ground with his free hand. The coffee is so good it almost does not taste like coffee, and it certainly doesn't bring the slight sense of suffering one should always have when drinking any coffee at all.

You don't own quite as many Spanish words as you'll need to tell the story, but the lapses will be made up in something the man must already know. Por su puesto, you think. When the coffee is finished, he rinses the tin at the shore. You climb into the canoe once more to retrieve your backpack and pair of shoes. The man carries up a small bucket of bait and says me voy. Nods. He is going fishing now but does not ask you to leave his boat.

The canoe is small, and so you're happy when he continues to stand. You take off your shirt and sweater which are heavy now and wring them into the water. The man does not once look down. When he finishes paddling, however, he sits, and the two of you are closer than you would choose on any dry land. Knees nearly touching. He smells darkly of coffee and does not seem at all uncomfortable.

You know enough about fishing to understand that it is about fishing and not much at all about talking. But in this early morning moment childhood questions become again your own. Perhaps it's more accurate to say you become her, as much as a twenty-something young woman can again become a curious six-year-old. The fish, you ask, what do they like around here? And so, the voice is not exactly yours. In the eloquence of early Spanish lessons, the girl would have said, Abuelo, que comen los peces para el desayuno? Que les gustan mucho mucho, Abuelo? And she would have said it quicker than you and with much brighter eyes than yours in this moment, but the man responds anyway. The fish, they eat anything, he says.

The piece was inspired by a trip to Lake Atitlán in Guatemala, which Wikipedia will confirm is the deepest lake in Central America. I was wearily sitting on the window ledge of a packed and speeding passenger boat, clinging with white knuckles, when I glanced at the boat's roof to notice cartons ofchirpng baby chickens. Every moment of the trip there was something magical just around the corner.

I was so impressed by the magazine Structo that originally published "In a Foreign Town" that I continued to follow them and now work as their online editor.

Christine PS Stocke grew up fishing on a small lake in Wisconsin. She didn't become an architect, because someone told her it involved calculus. So now, she observes. She takes notes. She asks inappropriate questions. Christine received her bachelor's degree in English from Washington University- St. Louis and her master's from the University of Wisconsin-Milwaukee. Other works by Christine can be found in several literary journals, including Rio Grande Review, Wisconsin People & Ideas, Structo, and the Best New Poets anthology. In 2013, Christine was nominated for a Pushcart Prize. Follow Christine at www.christinepsstocke.com. She lives and works in The Netherlands.

Second-person--I've always found--is tricky. Is it a narrative gimmick? An affectation? To make it seem otherwise--to make it seem literary and functional--is something that I've often failed it. Here, I think it works. Why? Because the idea of being a stranger, estranged, foreign, somehow removed from yourself seems to be mirrored by the second person narration. Don't you think? 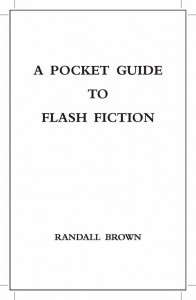